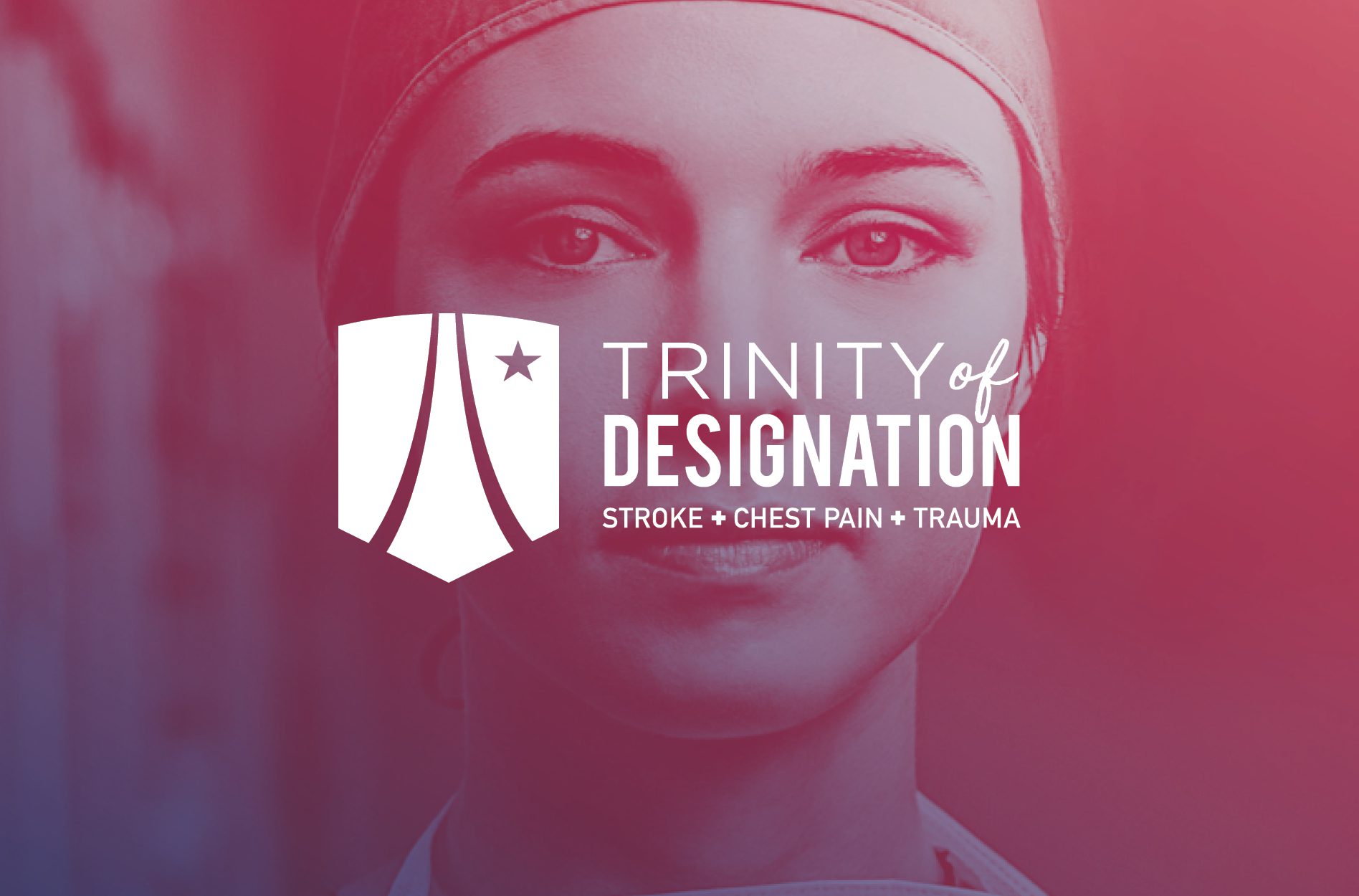 When a hospital earns a trauma center designation, it’s a big deal for the community. Not only does the designation bring recognition to the hospital, but it also instills pride in the providers and staff and a sense of trust throughout the community. Paris Regional Medical Center approached us to help them trumpet their newly earned and hard-won level three trauma designation.

We started the project with a kickoff meeting with hospital marketing director, Erin Barnes, and hospital CEO, Steve Hyde. It was important for us to understand what the designation would mean for the hospital, and also what it would mean for the community. During the discovery, we came to learn that the process for earning the designation was a rigorous one that involved all departments within the hospital.

Additionally, we found that a trauma center within the community would have the ability to save lives by expediting care and transport for injured patients. The campaign we would develop to tout this honor would be aimed at the community. So, we put ourselves in the viewer’s position to create a concept that would speak to the target.

The concept we created for Paris Regional Medical Center was one that focused on an intense care for the community. Rather than shouting our own praises, we focused on the people in the area. The content was centered on one main phrase, “We didn’t do it for the recognition. We did it for you.”

Since we were trumpeting the trauma designation on several outlets, our client wanted to use this as an opportunity to also note that Paris Regional Medical Center possessed designations in Stroke and Chest Pain. To achieve this end, we branded the hospital as having a Trinity of Designation in three major areas of live-saving care. A logo was created to note this designation. Within the logo there are three color blocks, noting the three designations. Additionally, the Eiffel Tower, which is a primary element of the main PRMC logo is apparent in the white space between the colors. The star of Texas is also an element incorporated from the main hospital logo. And all of the elements combined create a shield noting the protection that the hospital and its caregivers provide to the community. 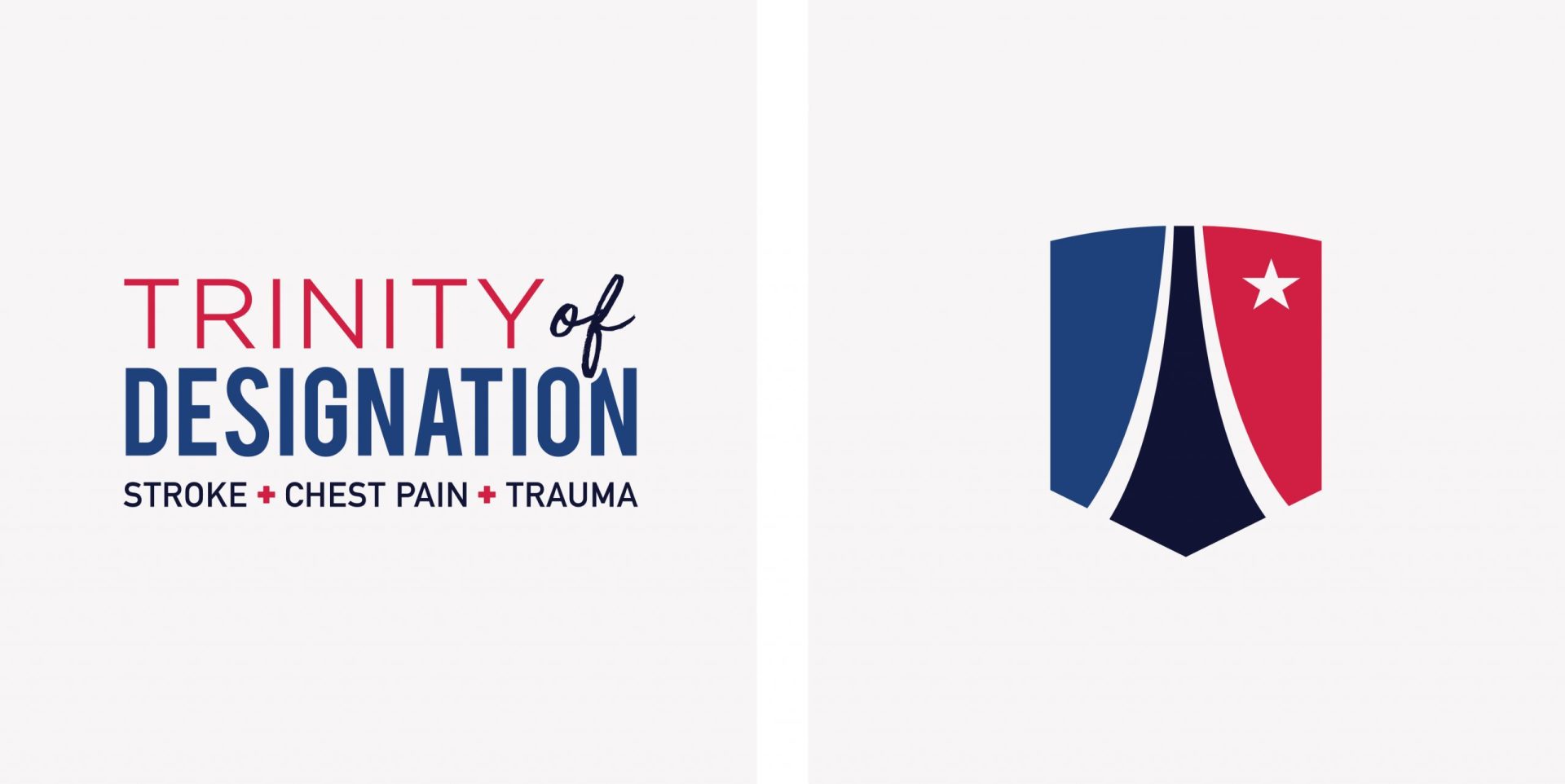 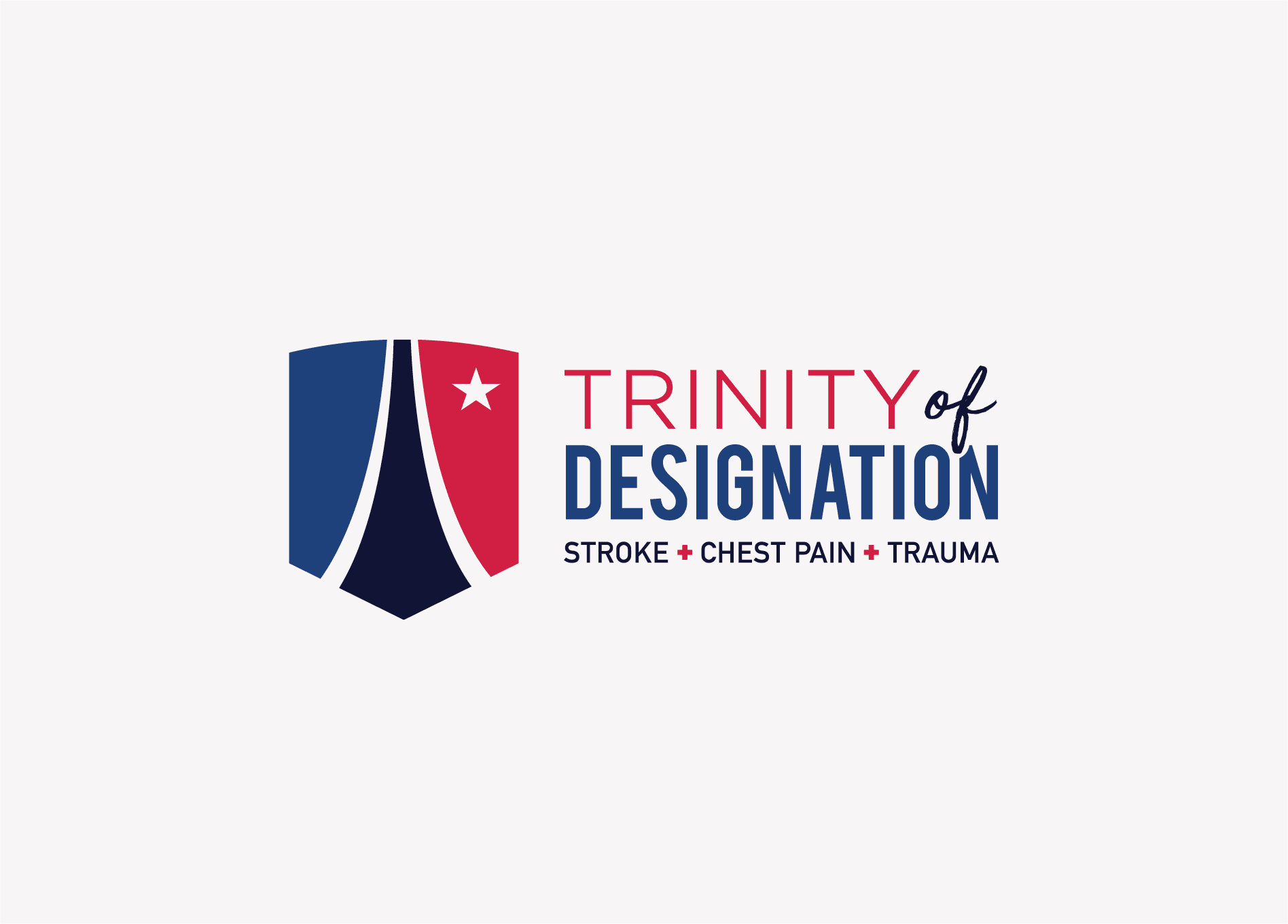 One of the primary applications for the design would be outdoor advertising that would alert the community to the designation. The billboards took on the brand colors in a more modern manner. A gradient was utilized over an image of a caregiver to note that the caregiver doesn’t need the spotlight. The headline communicates that the earning of the designation isn’t for recognition, rather it has been sought after and earned to better care for the community. 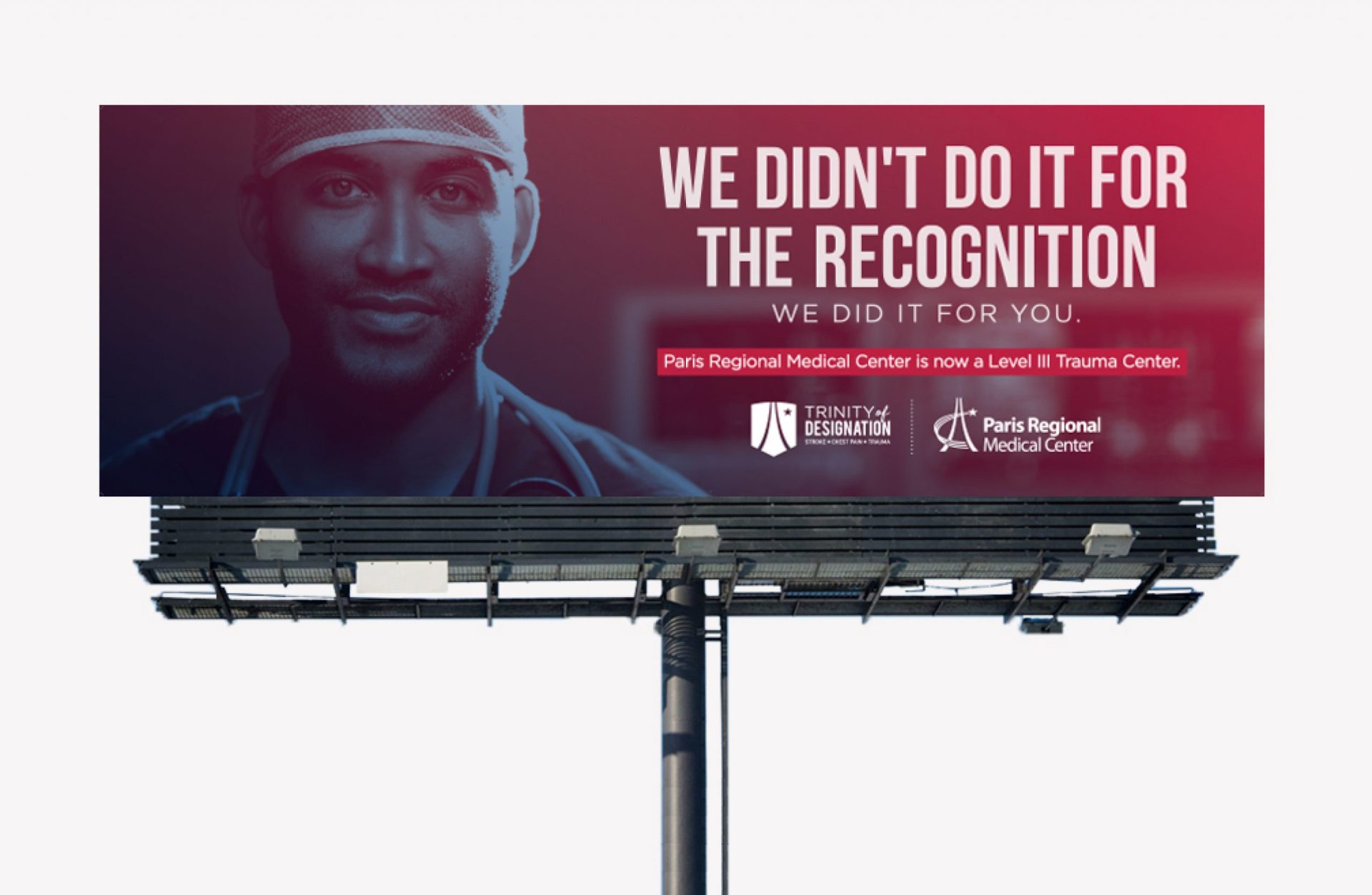 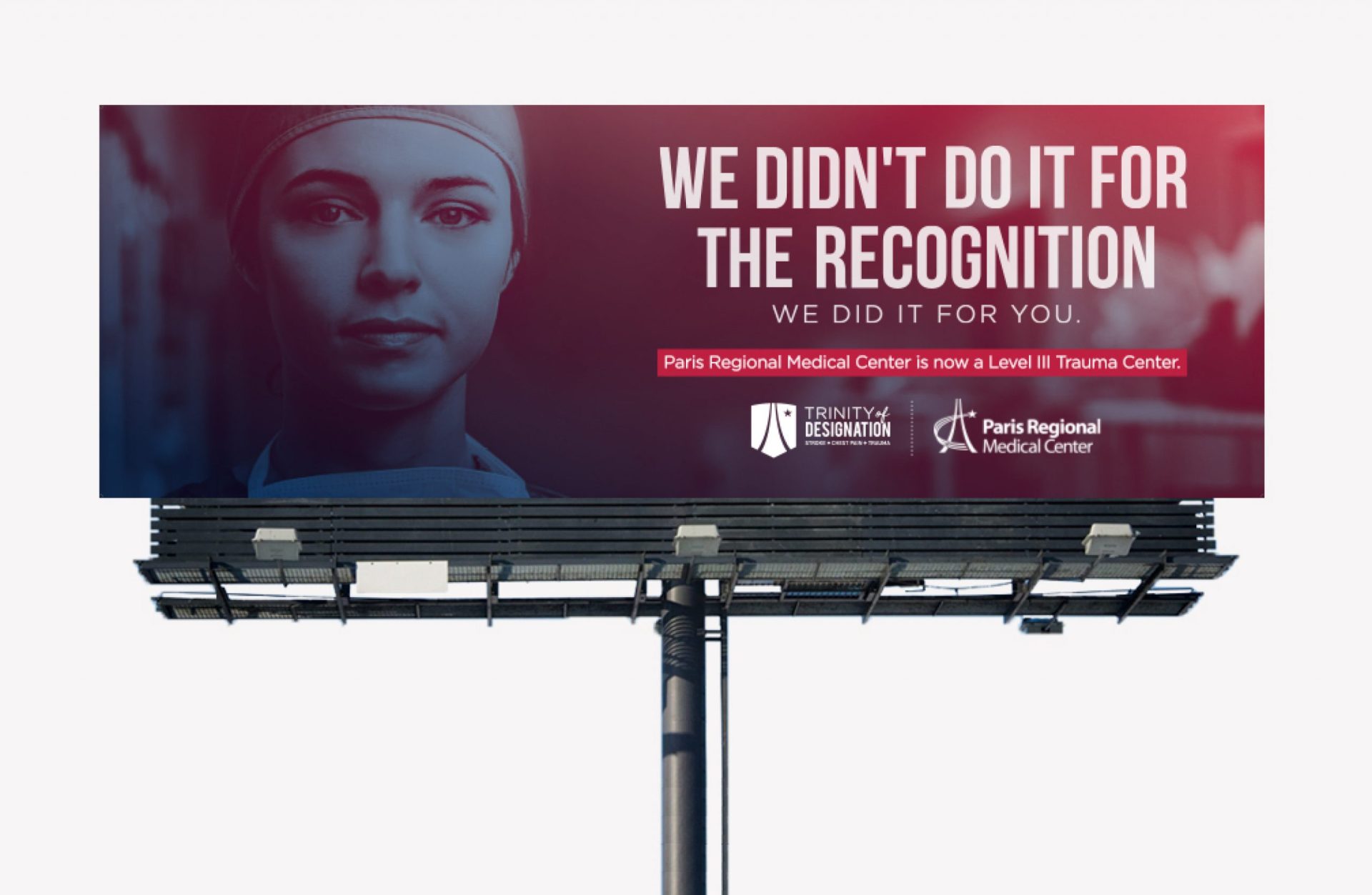 Print ads were to be placed in local publications to further the reach of the message. In order to create awareness and recognition, the print advertising took on the same direction as the billboard. However, with more space available to convey the message, the print ad included copy developed to communicate the fact that the hospital had intentionally invested in becoming a trauma center. Additionally, call outs were included to note that the hospital provided the highest quality of care in the region, and that they were the only trauma center within 90 miles. 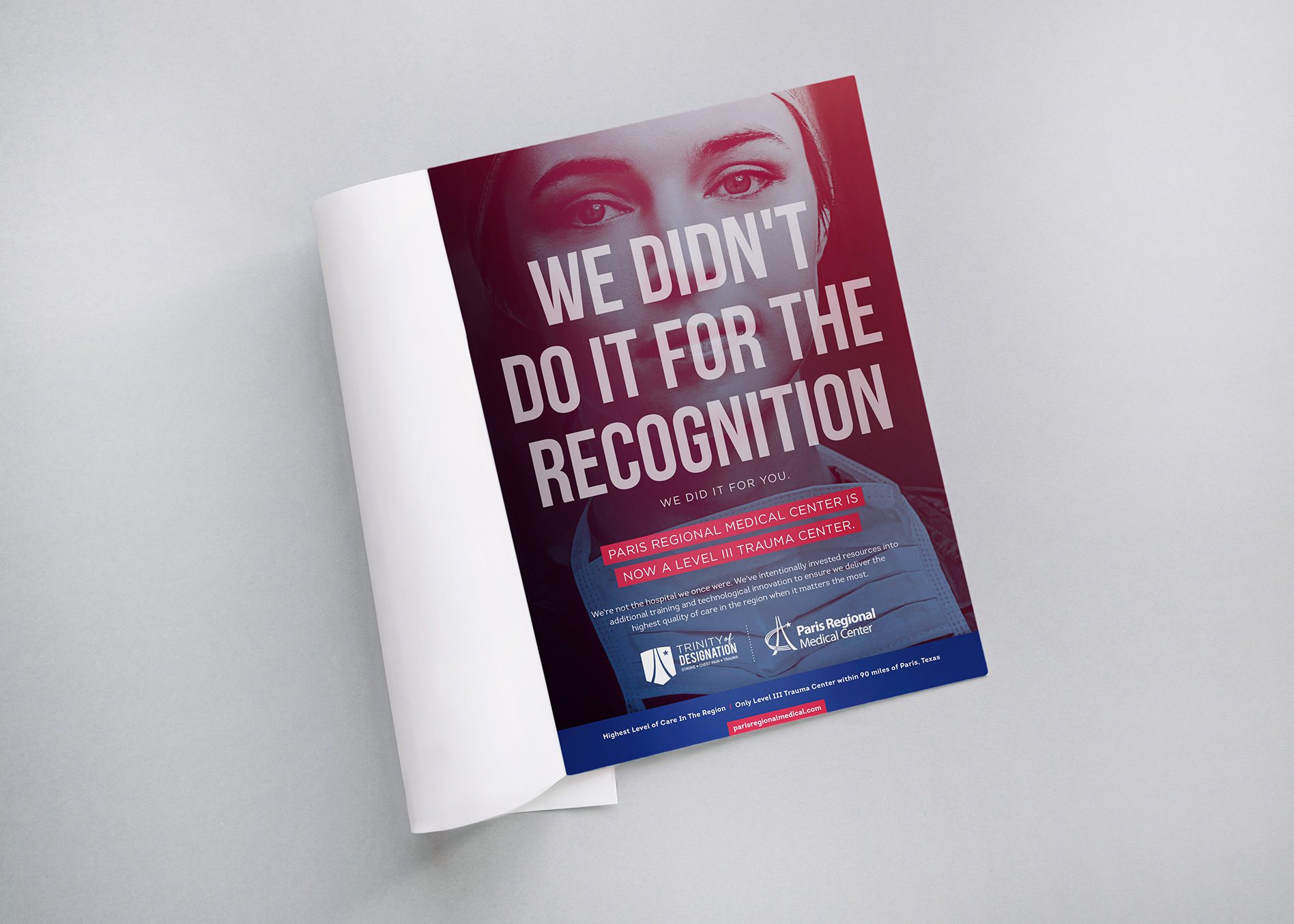 A one-sheet was developed to further convey the meaning of the designation, the benefits to the community, and specifically what a level III trauma center provides. This application of the design was an important one as it provided members of the community with specific information about the designation and how it would impact them directly. 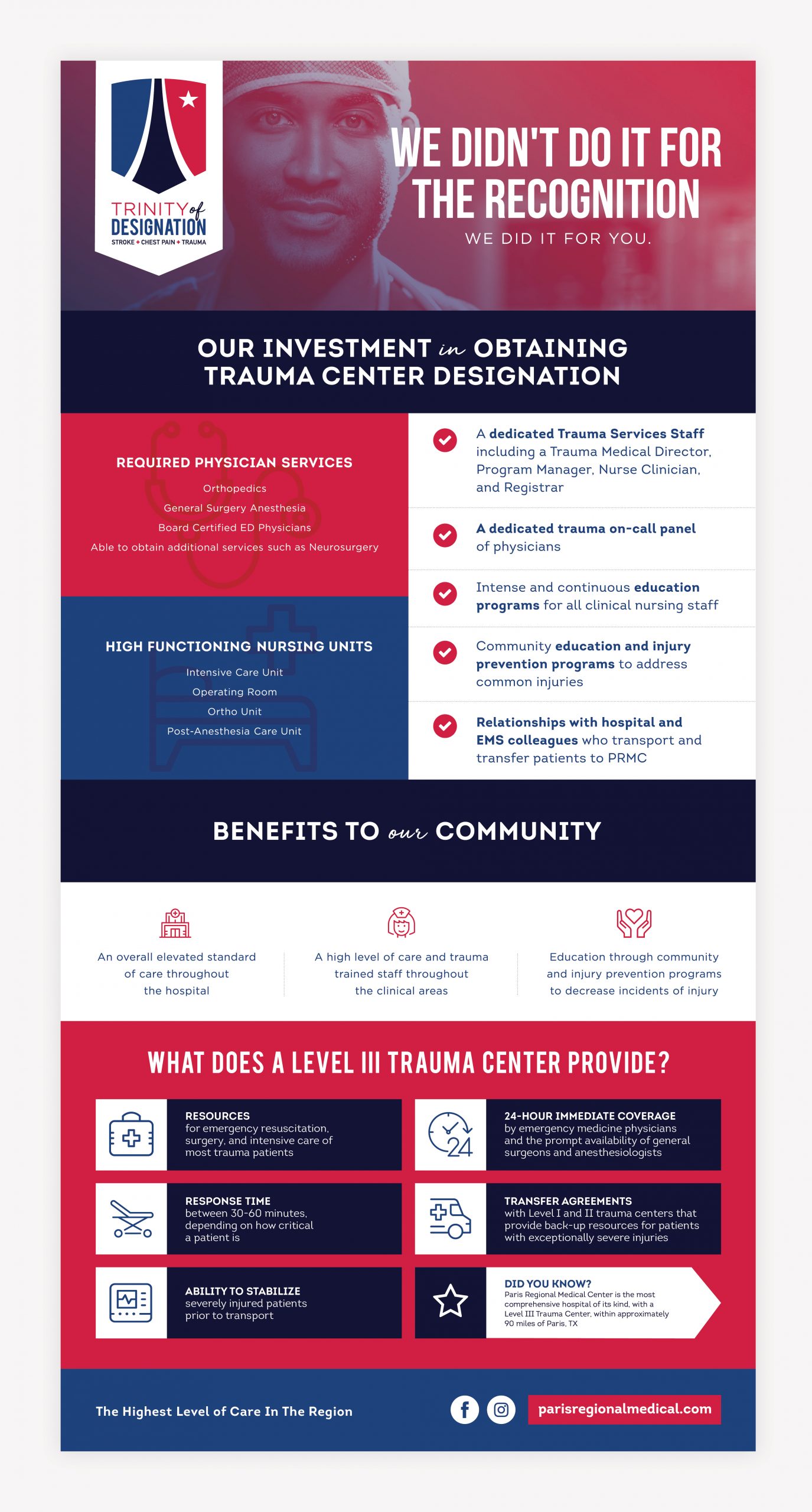 Several social media posts were developed to accompany the campaign from a digital perspective. The posts were designed to be able to be posted multiple times on various social platforms to communicate the announcement, the importance of the announcement to the community, and the fact that the hospital earned the designation to provide better care — not just for the recognition it would provide. 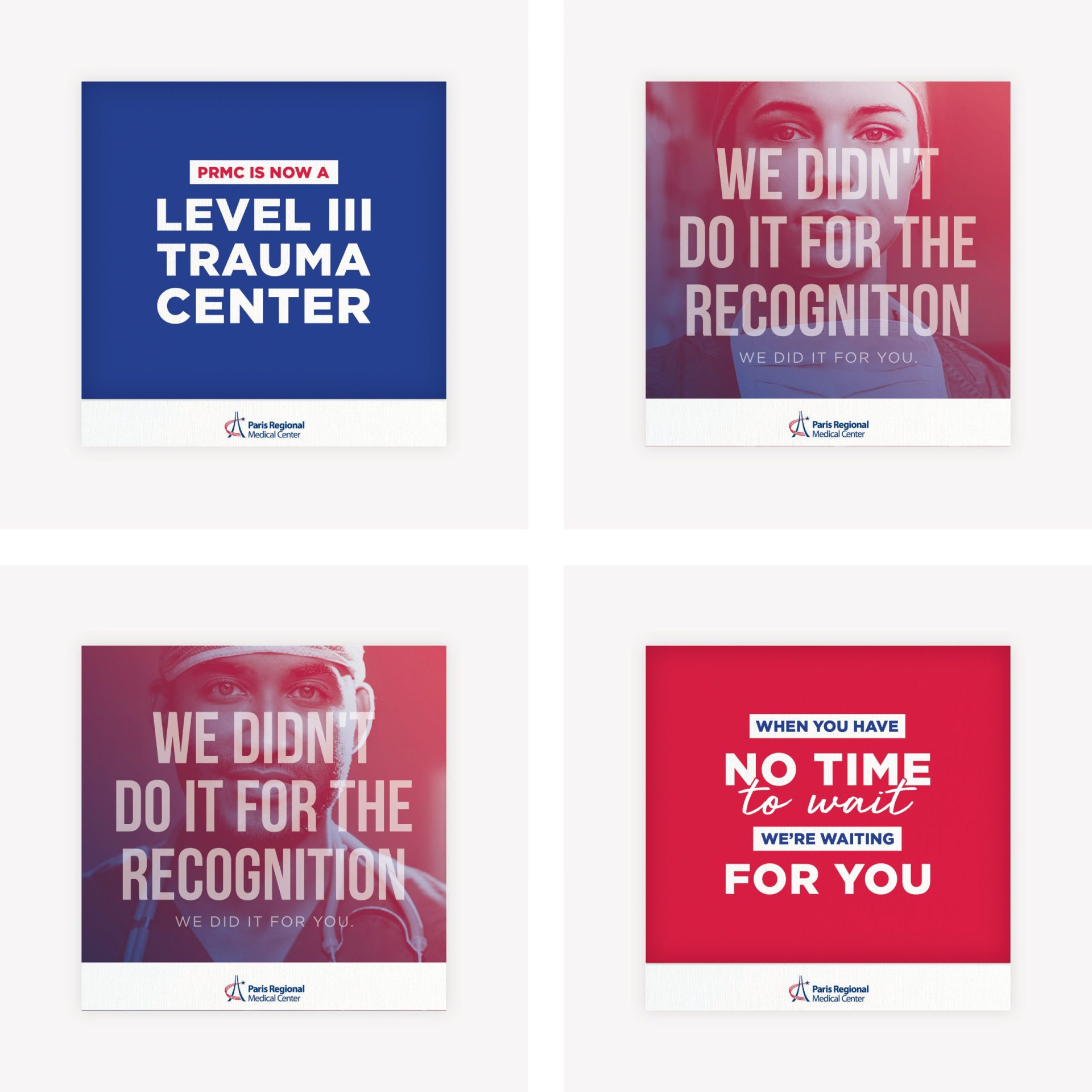